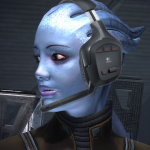 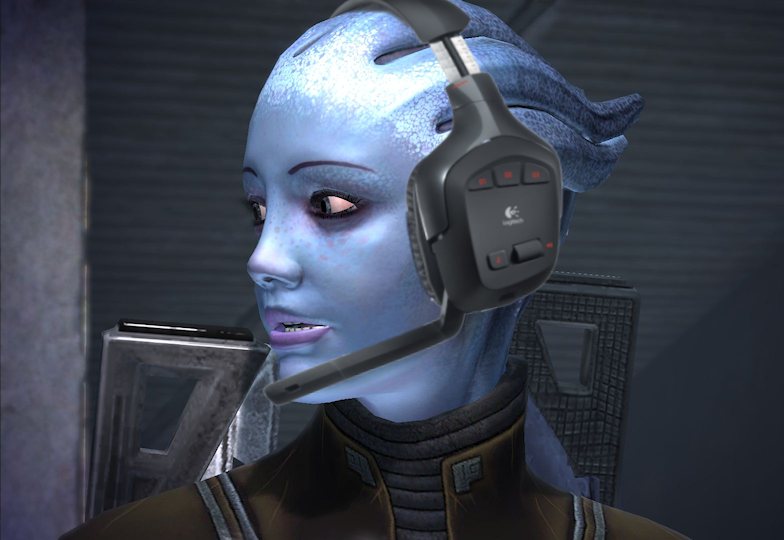 For those of you using virtual surround sound headsets, you may have noticed the poorer quality of sound in the original Mass Effect. 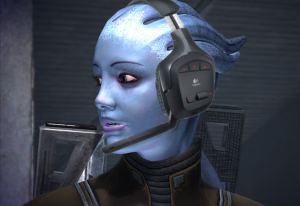 For me, this consisted of constant popping sounds, spoken dialog getting cut off, inaudible dialog, and bad surround sound spatialization.

When Mass Effect was released, it used the Unreal 3.0-stock ISACT sound engine by Creative Labs.  While it is sufficient for most purposes, it suffers greatly when it’s forced to interface with a virtual surround processor.  In fact, the Logitech Gaming Software client won’t even detect its output as a surround sound signal.

I spent a LOT of time searching for a solution to this problem, including tweaks to the INI file, swapping out the libraries with ME2 equivalents, contacting EA’s so-called “customer support” (they stopped returning my calls and emails after the fourth “it’s still not working”), and yelling and cursing my head off at my computer.  Nothing seemed to fix the problem, though the last option did make me feel a little better.

After several months of fruitless work, I stumbled upon Blue Ripple Sound.  Their Rapture3D product was somewhat familiar to me, as it is used in the game DiRT 3, which I also play.   What caught my eye, though was their list of compatible games.  Right there, in big bold letters:  Mass Effect.

Of course without a demo to try, I was a little hesitant.

I bought it anyway.

After following the directions on Blue Ripple’s website, I fired up the game.  Suddenly, glorious 7.1 Mass Effect sound blared from my Logitech G930.  I. Was. Ecstatic!  So much so, that I emailed the company a thank you note.  The game sounded even better than my pre-G930 days when I was using a Turtle Beach HPA2 plugged in to my X-Fi Platinum.

So if you are ever in the same boat, and I’m sure many virtual-surround users are, give the Rapture3D User product a try.  Trust me, it’s worth the £30.00.