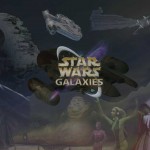 If you were a PC gamer in the mid to late 2000, and you liked the Star Wars universe, chances are that you stumbled across Star Wars Galaxies at some point and maybe even played it. 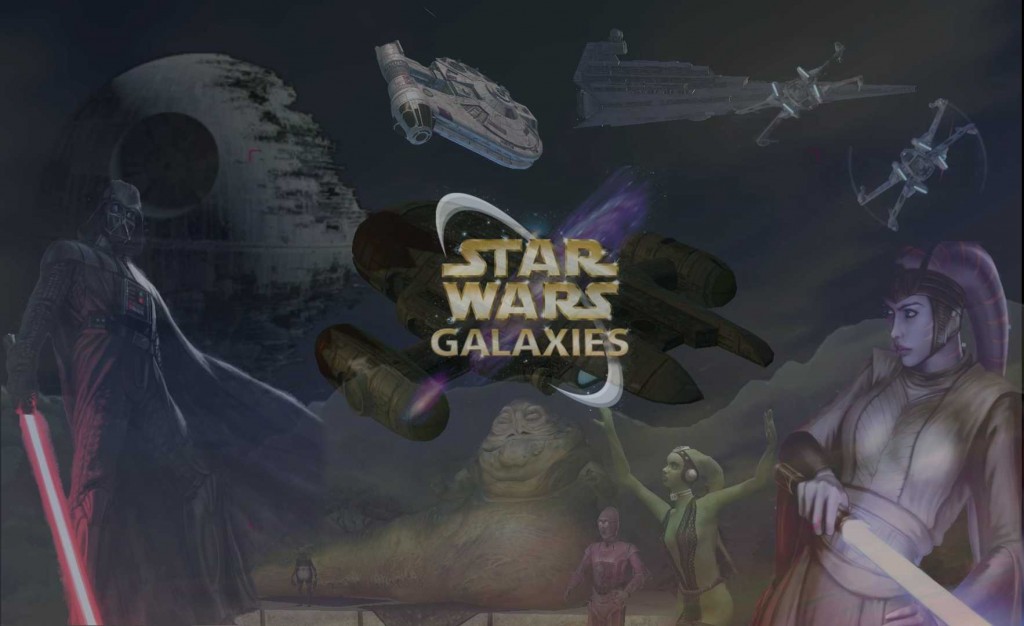 Launched in June 2003, Star Wars Galaxies, known as SWG to those who played, was the first major MMORPG set in the Star Wars universe.  It was developed by Sony Online Entertainment and published by Lucas Arts.  Three major expansions were release for it and hundreds, if not thousands of players were able to call the SWG their virtual home and playground including most of the authors found on The Nexus Dragon: Gamer.  Much to ours and the rest of the SWG community’s dismay, on December 15, 2011 the official SOE game servers were shutdown making way for the newest Star Wars MMORPG, “The Old Republic” (SWTOR).  This article and subsequent posts will be our tribute to SWG, a game that will live on in our hearts & memories.

The SWG universe was set following the destruction of the Death Star in Episode IV: A New Hope, but before the beginning of Episode V: The Empire Strikes Back. When launched, SWG included 10 planets: Tatooine, Naboo, Corellia, Talus, Rori, Dantooine, Lok, Yavin IV, the forest moon of Endor, and Dathomir.  In later expansions Kashyyyk (the Wookie’s home planet) and Mustafar were added. 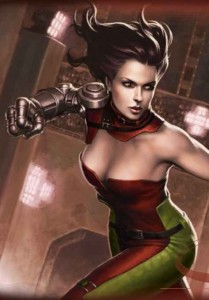 As with many MMORPG games of the day and even today’s equivalent games, SWG used ranged and melee weapons such as blasters and light-sabers to whittle down the health points of an enemy character.  The idea is to get the bad guy to zero before the player’s does, resulting in a chunk of experience points (XP) being award to the player’s character should they be successful.  The type of gear (clothing, armor, weapons, specialty mods, etc) your player used and the experience level of the player’s character vs. the opposing character where a large part in determining the success or failure of the fight and/or the quest storyline that the player was involved in.

Similarly, the outcome of PVP combat, allowed only in certain areas on certain planets or regions of space, was usually determined by who had the better fighting style and the better gear.  While in one of these PVP zones, the player was usually able to combat with NPCs of the enemy faction, and for every bad guy killed, the player got Galactic Civil War (GCW) points.  GCW points were similar to XP points except that they were treated more like ranks and when you had enough, the player’s character would be promoted.  Usually with that promotion came added abilities/skills and gear bonuses.  However, the 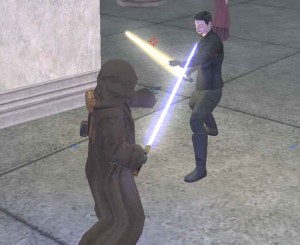 GCW earned would slowly drain away over time, resulting in demotion and loosing the corresponding benefits of rank, making the idea to continuously earn GCW points.  More GCW points were award for bigger enemies, completing missions against the enemy factions, and killing enemy players.  There was a catch to killing enemy players that seemed to be unique to SWG.  When killed, the enemy player could place a bounty of credits on the head of the player’s character or the player could put the bounty on the enemy’s character should the outcome be reversed.  This led to actual bounty hunter missions to collect the reward, and for creative players, interesting games of hide and go seek. 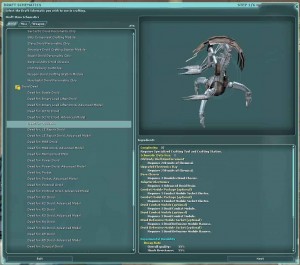 Unlike most MMOs, where crafting consists mainly of simply throwing stacks of ingredients together into something useful, Star Wars Galaxies took it many steps further. The quality and usability of the item produced was directly influenced by the crafter’s skill, expertise, focus area, and the quality of materials used.  Expert crafters would go to great distances to find the highest quality resources throughout the galaxy.  An item made professionally with said materials could go for hundreds of thousands of credits, whereas the same item, crafted with poor materials and an amateur crafter may only be worth a thousand credits.

Speaking of housing and domestics, SWG had something that few other MMORPGs had; place-able and internally customizable houses & utility structures.  One could actually make the house a home the way someone might in real life.  Fine a nice place to build the house, set it down, and get decorating.  One could literally go furniture shopping amongst the in-game vendors.  It was common spend hours arranging furniture, placing paintings on the walls, and arranging trophies from glorious battles.  About the only thing the houses didn’t do was give one’s character rested XP like the other MMORPGs do.  Being able to have houses in SWG also led to having player towns.  Players lived there, paid taxes, had a mayor, and benefited from community buildings (hospitals for the “clone express”, town hall, shuttle port, etc)  and specialty bonuses. 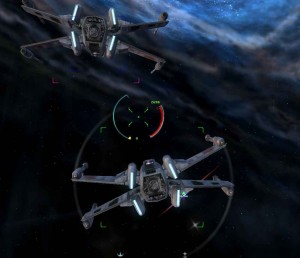 Likewise, the space combat was far more in-depth than most MMOs. Pilots of fighter craft could choose between first or third person views. In addition, you didn’t just target an enemy and spray with your weapon. Pilots had to balance aiming (since your guns only faced directly forward) and flying. Pilots had to be certified to fly certain types of ships. Other craft, such as the light freighters and combat support craft (think Millenium Falcon) had fully actualized, customizable interiors similar to the houses mentioned earlier, and more than two people were needed to man the ship (one pilot, and at least two gunners, stationed in dorsal and ventral turrets).  In later stages of the game, even larger ships were added. These gunships required a full 8 man crew to operate effectively, and with 2 forward facing guns and 6 turrets, were deadly foes on the battlefield. Both the gunships and the other large craft (called POBs or Party-on-Board ships), had interior repair panels to facilitate instant repairs on the battlefield.

In most cases, the space zone was indirectly part of the planet below. All of the “terrestrial” zones had a corresponding “space” zone, with the exception of Mustafar. Three space zones were unique, however. Kessell was a high-tier PvE area, where all of the most powerful Tier 5 and 6 enemies in the game could be found, including the target of the final space training mission: a fully armed and very deadly Corellian Corvette. 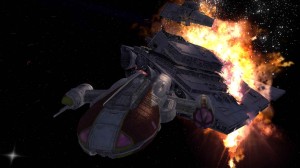 The Deep Space area was for many years the most treacherous space zone in the game. Far from any star, planet, or other gravitational anchor, Players from Imperial- and Rebel-aligned factions would battle it out in a deadly game of King of the Hill. No one was neutral here, and everyone could be attacked, as it was a PvP only zone. Imperial players were tasked with destroying a Rebel space station, while Rebels took on a 1600-meter long Imperial Star Destroyer. 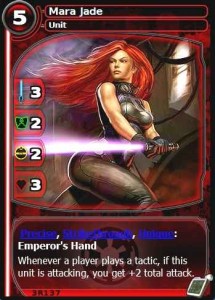 As can be expected from a game set during the original movie trilogy, familiar faces make appearances from time to time. Han Solo, Chewbacca, and C-3P0 are among the first characters that were met. Jabba the Hutt, Leia, Darth Vader, Admiral Ackbar, Luke Skywalker, and the Emperor are among the many other characters from the films that players would encounter. Even some prequel trilogy and expanded universe characters made appearances, such as Kyle Katarn, Mara Jade, and Grand Admiral Thrawn.

Later updates of the game resulted in community based quest building, atmospheric flight of star ships, and a star wars themed card game that could result in-game prizes.

We’ve covered many aspects of Star Wars Galaxies in this portfolio, and there will be future posts covering other aspects of this game and the memories we had in it.

For all those former players of SWG, may the force be with you! 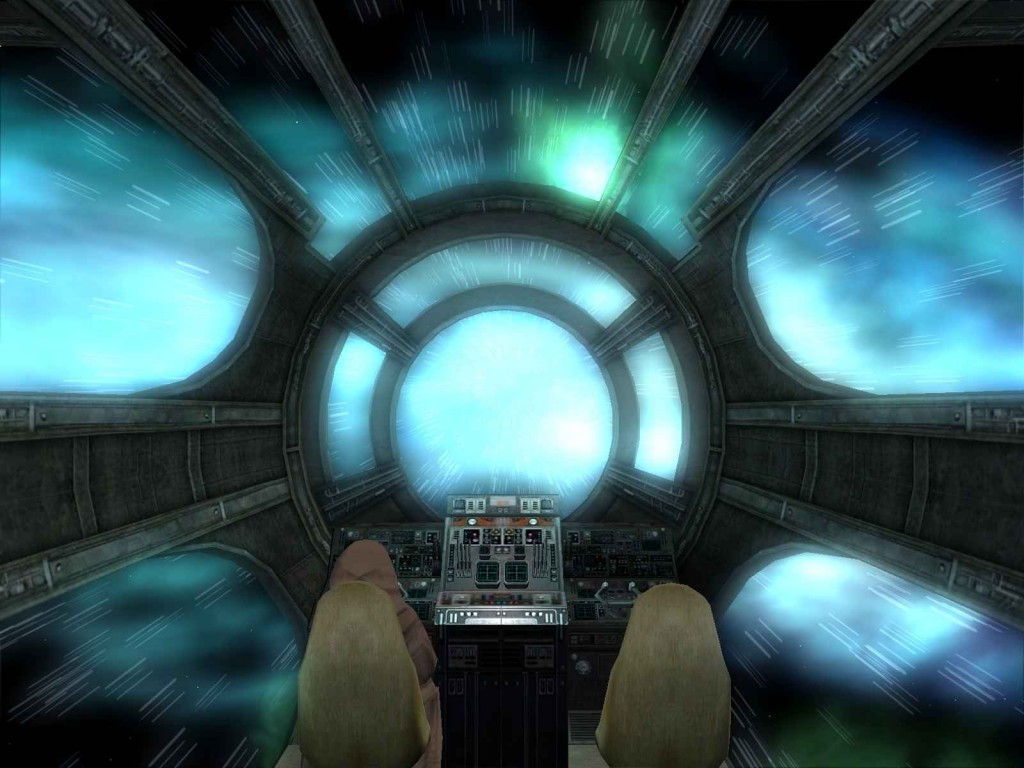 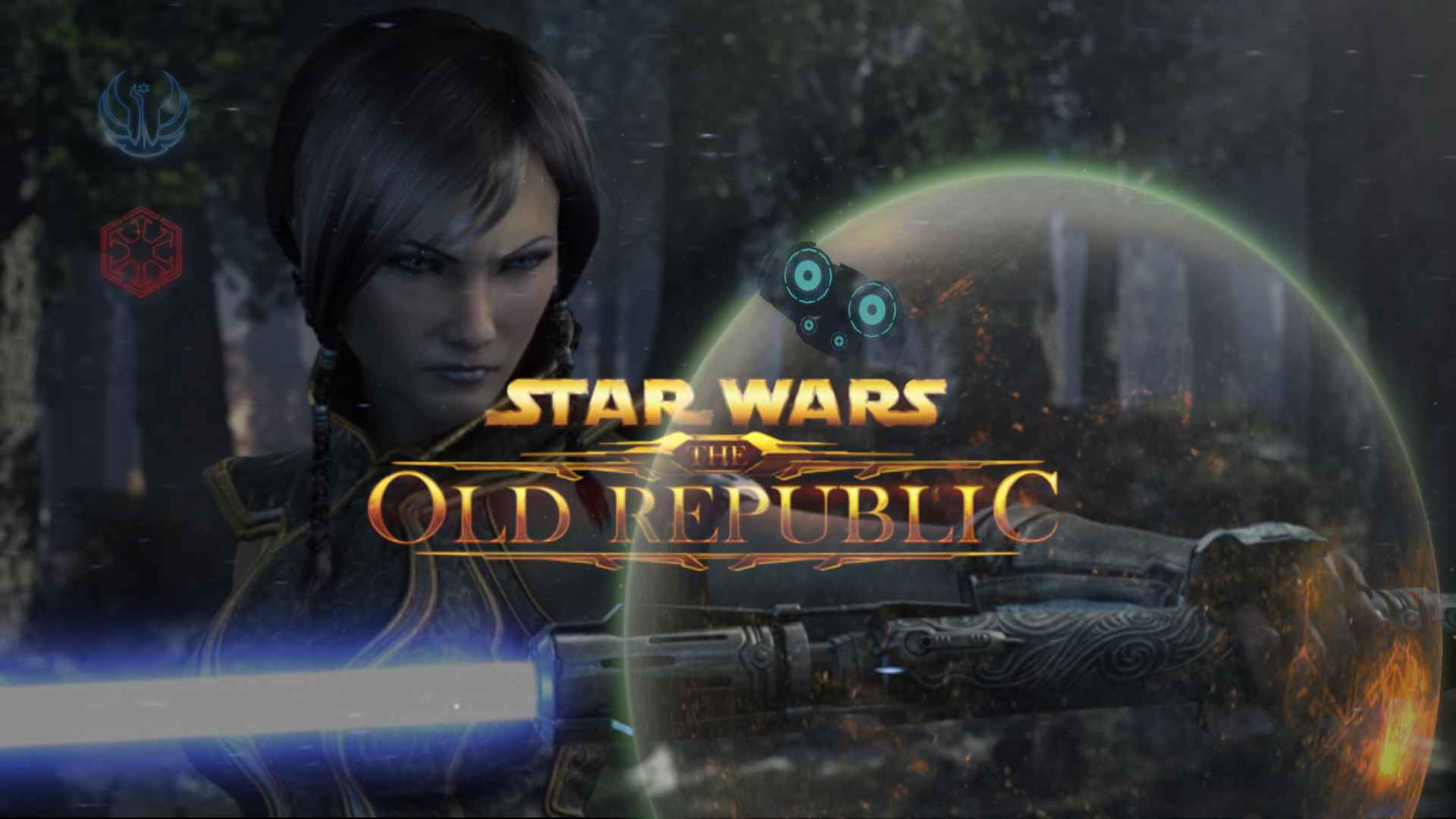