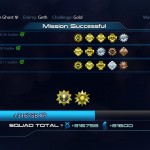 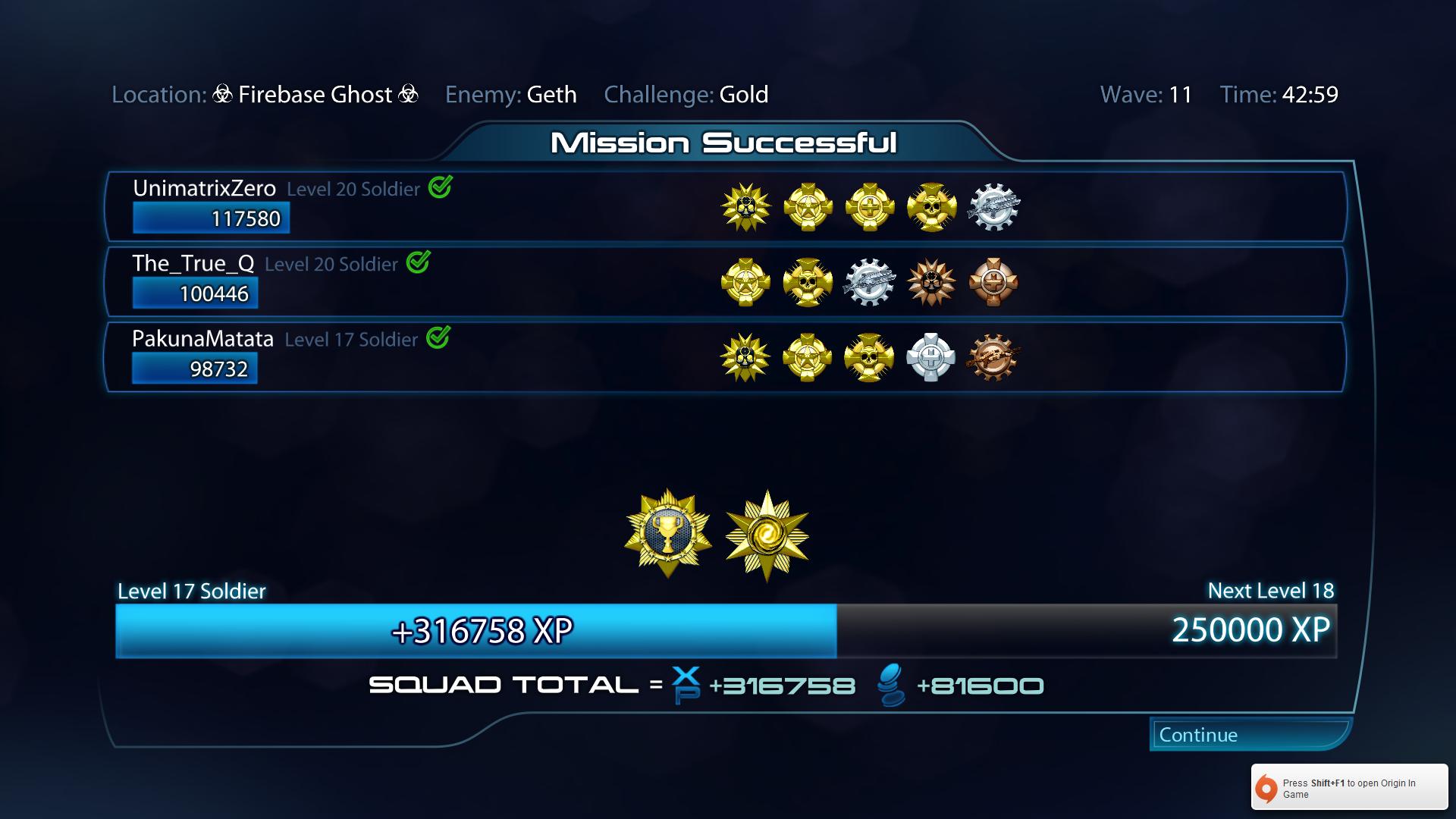 OK, so maybe this is old hat for some of you, but, since Mass Effect 3’s release, our team has been working hard on improving.

It made things a wee bit difficult when they upped the AI in Retaliation, but that didn’t keep us down for long, and we tackled the Bronze and Silver waves relatively easily.  Gold, however, was just out of our reach until March 18, when we managed a full extraction of a 3-man team.  For us, it was certainly cause for celebration.  On the team, we had 1 level 20 Turian Havoc soldier (UnimatrixZero), 1 level 20 N7 Destroyer (The_True_Q), and 1 level 17 vanilla Krogan soldier – myself.  All of us managed at least 2 individual gold medals.

We managed to repeat the achievement a week later.  For UnimatrixZero and The_True_Q, they continued to use the Havoc and the Destroyer respectively, while I decided on the Alliance Infiltration Unit of the recently-released Reckoning pack.  Though The_True_Q took top spot raking in the points, UnimatrixZero decided to make everything out of gold, bringing in a record five personal gold medals.

Great job all around everyone!  Drinks at the Silver Coast Casino on me! 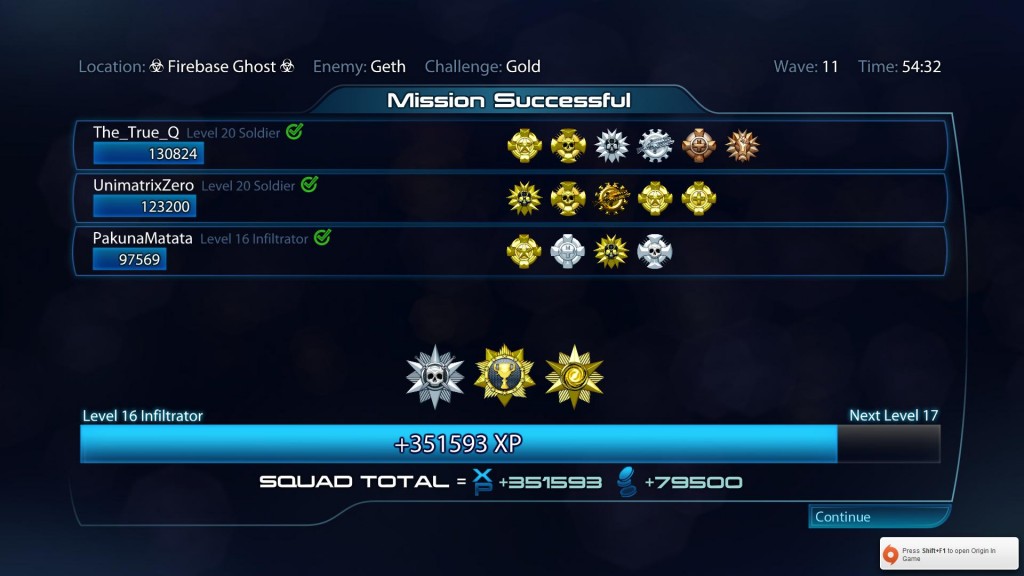