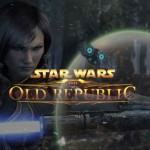 Bioware did it again! 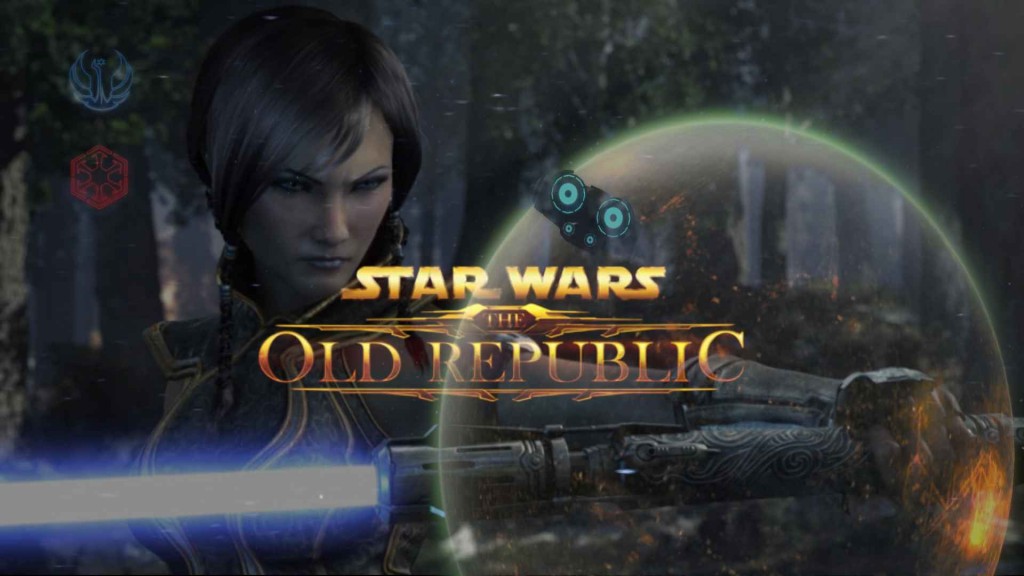 The creators of the widely known RPGs Knights of the old Republic I & II, the Dragon Age and Mass Effect franchises have created the Star Wars: The Old Republic (SWTOR), currently one of two official Star Wars MMORPG online today.  Following in the footsteps of Sony Online Entertainment’s classic Star Wars Galaxies(SWG), which was set in canon between Episode IV: A New Hope, but before the beginning of Episode V: The Empire Strikes Back, SWTOR is set in the past approximately 3,000 years.

SWTOR has many of the classic game features of MMORPGs where the player picks responses to quest or mission dialog, but as Bioware is fond of doing, they added voices to all of their scripts so the player can be a part of your character’s journey.  Voices include voice-over veterans and actor/actresses such as Jennifer Hale (FemShep of Mass Effect), Kari Wahlgren, Norlan North,  Brian Bloom, Jamie Glover, Stacy Haiduk, Timothy Omundson, Rachael Leigh Cook among many many more (See IMDB for details).  There are so many voice tracks in fact that SWTOR has one of the biggest MMORPG disk space footprint out-of-the-box at 22+ GB and was confirmed by Guiness as the worlds largest voice-over project.  However, being able to see and hear what’s going on around the player’s character instead of reading about it has made SWTOR an extensive and enjoyable environment to spend many hours of fun in; totally worth the size.  And if that wasn’t enough, Bioware built in light side, dark side, and neutral reputation consequences to the character’s dialog responses (similar to the paragon and renegade options in the Mass Effect games), effecting your appearances and later game play options, making each character’s “life” in game a little different from others.

Each class of character has different appearance, skill sets, starting worlds, class missions, and companions making each class’s play through a unique experience.  And yes, there are player companions.  They will fight beside you and develop as characters as you do.  Plus they play a big part in helping you level your crafting gathering professions and at times are integral parts of the story lines that are your missions.  Some of them are even romance-able and even in-game marriage material if you can gain their affection in the classic Bioware fashion. 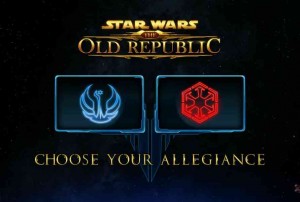 In Star Wars Galaxies, you started as a neutral player and then as your character developed, he or she choose to server the Empire, the Republic or the neutral Trader faction.    In SWTOR, you first choose your faction, Imperial or Republic, then your class, followed by your race (what is available to the player is dependent on what has been unlocked in game or via the Cartel Market), then your gender and finally you customized the physical attributes and name.

Each of classes get to choose 1 of 2 specializations that affect how they fight.  For example, the Jedi Consular’s specialization choices are Sage which is a healer, and Shadow which is a DPS infiltrator. 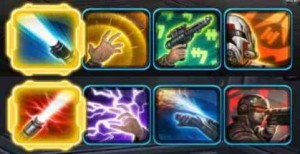 There are a wide range of appearance customizations that can be done to ones character as well.  Originally once you character was created, the player was unable to customize the character, but with recent patches, this can be done anytime with the use of the appearance terminal in game plus more customization options are available for Cartel Market coins. 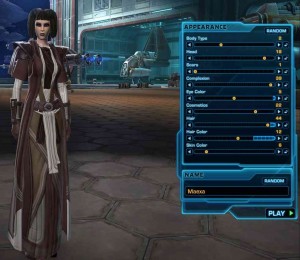 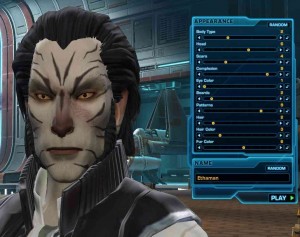 If story content is a concern, then don’t worry.  Every planet, space station, and space ship that has a class mission usually has a lot of other missions and resource gathering to do.  The character even gets their own ship eventually to travel to these worlds and a variety of speeders to use on the ground.

Each major world also comes with 2+ and 4 player Heroic missions that drop better gear and usually planetary commendation which can be used to purchase upgrades for your weapons or gear.  And if that wasn’t enough, on most major planets, in the player’s travels, the character will come across a Flashpoint mission giver which with a full group of player can be run for even better loot drops, more commendations, legacy points and achievements.

Change out character & companion gear as go to suit your skills, defense, and personality of the character; be as conservative, professional, noble, silly, or sexy as desired.

Gameplay also include PVP and warzones, although those of us here at The Nexus Dragon: Gamer have not ventured into that aspect of the game yet.

If you enjoy space combat, then gear up your ship and head out because there are many space combat missions to choose from.

Find or create a guild and get the 5% experience point boost from completing missions as well as the resources of many players. 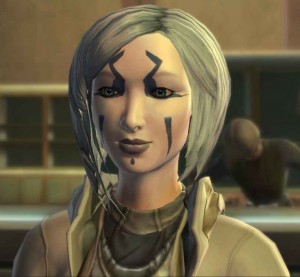 Find and buy unique items on the Cartel Market, SWTOR’s in-game store, to help your character be all he/she can!

As Nadia Grell (a Jedi Consular companion) says, “Time is a wasting and there is so much to do!”

Travel to many worlds…. Get your own ship….  Get to know biological and artificial life forms….  Experience the Star Wars universe in a whole new way!

Rise of the Hutt Cartel – The Hutt Cartel is make a huge play to become the next galactic superpower.  Level cap is raised to 55 and other changes have been made to game play.  For more info, see http://www.swtor.com/info/news/press-release/20130414.  To purchase expansion, see www.swtor.com.

May the Force be with you! 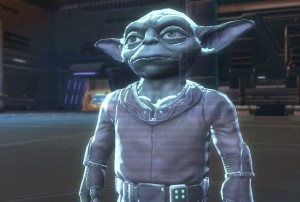