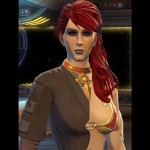 In game update 2.1: Customization, the ability to change the physical characteristic of your Star Wars The Old Republic characters was added. 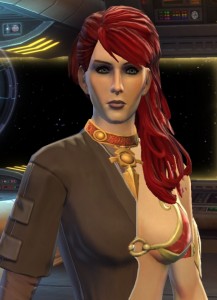 In addition, via the Cartel Market it is possible to unlock additional physical features that can be used to further enhance your character’s appearance.  So now you can go to the Appearance Designer Kiosk, located on your aligned fleet and capital worlds, and modify your character’s appearance to fit your current tastes.  It is even possible to change the character’s species.  The game update also include dye kits for modifying the clothing/armor appearance options too, but those are modified separately in the traditional way that gear is modified.  The clothing differences seen in this post are just a result of playing the game and developing the characters.

Below are some of the changes that we’ve done to some of our characters in SWTOR.  The pictures on the left are the before pictures and the ones on the right are the after pictures:

Avyndha was originally named after an Aiel character in Robert Jordan’s Wheel of Time books, Aviendha (spelling different because the original name was already in use). Using the options available in the game at the time, she was created as a Jedi Consular Shadow with red hair and pale eyes.  As her character matured in game, she became a killer on the side of good.  It only made sense that her looks be as killer as her skills.  Side note, her favorite color is now red. 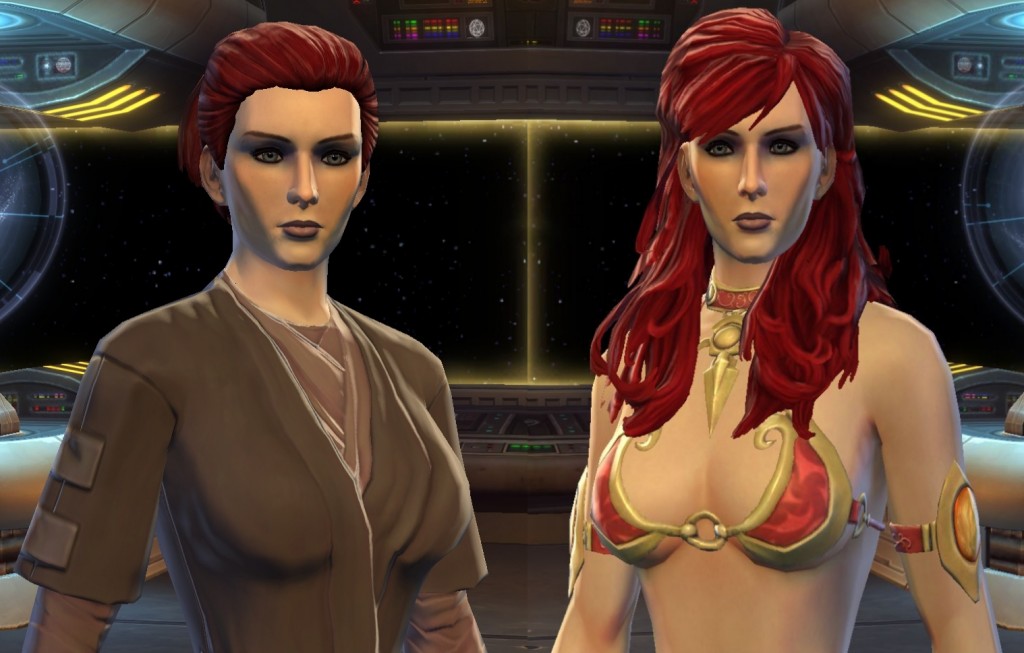 Nyneev was originally named after an one of the main characters in Robert Jordan’s Wheel of Time books, Nynaeve (spelling different because the original name was already in use). Using the options available in the game at the time, she was created as a Jedi Consular Sage to match her skill of healing with dark hair but no braids.  As her character matured in game, she became skilled healer and Biochem crafter on the side of good.  When the appearance modifications allowed her to have a braid, it was necessary to give her a new hair style.  Side note, her favorite color is now white. 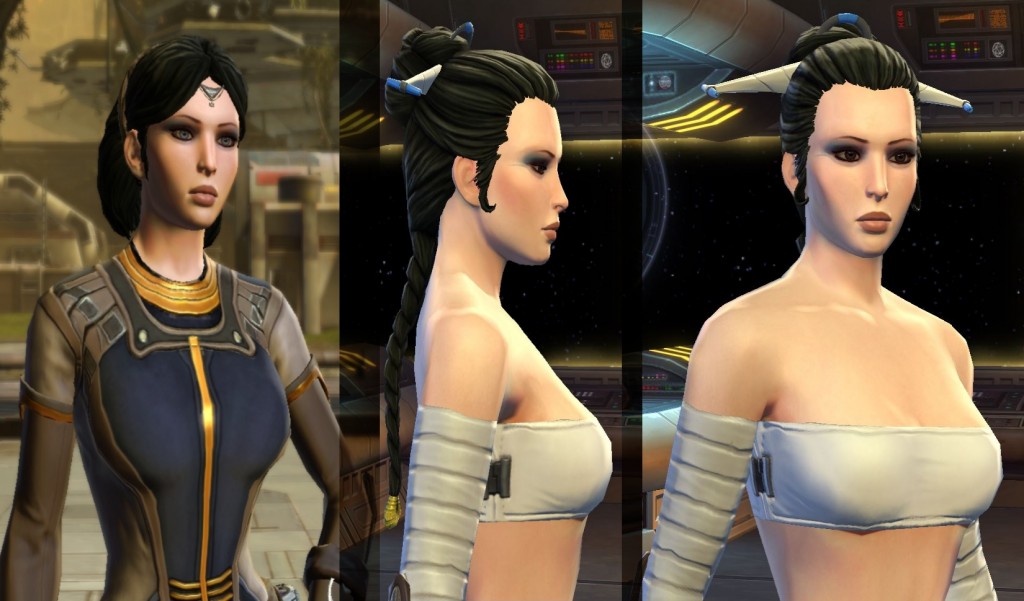 Minn’farshaw was originally named after an one of the main characters in Robert Jordan’s Wheel of Time books, Elmindreda “Min” Farshaw (spelling different because the original name was already in use). Using the options available in the game at the time, she was created as a Cyborg Smuggler Gun Slinger with artificial eyes to aid in her ability to see the future.  As she is maturing in the game, she does what’s necessary to get things done, but now with more realistic eyes that have a lot more expression.  Side note, currently her favorite color is green, and like her inspiration, she wears pants. 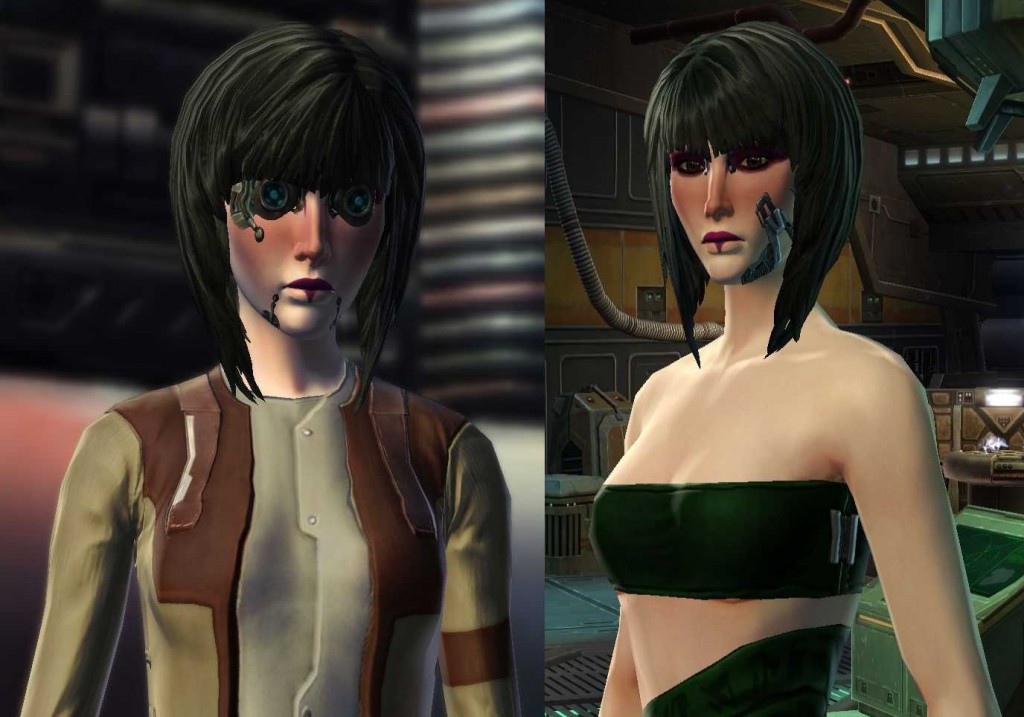 A distant ancestor of the Unimatrixx of Star Wars Galaxies, this Unimatrix was created as a Jedi Knight Sentinel.  Her appearance modifications were primarily a change in her Twi’lek markings. 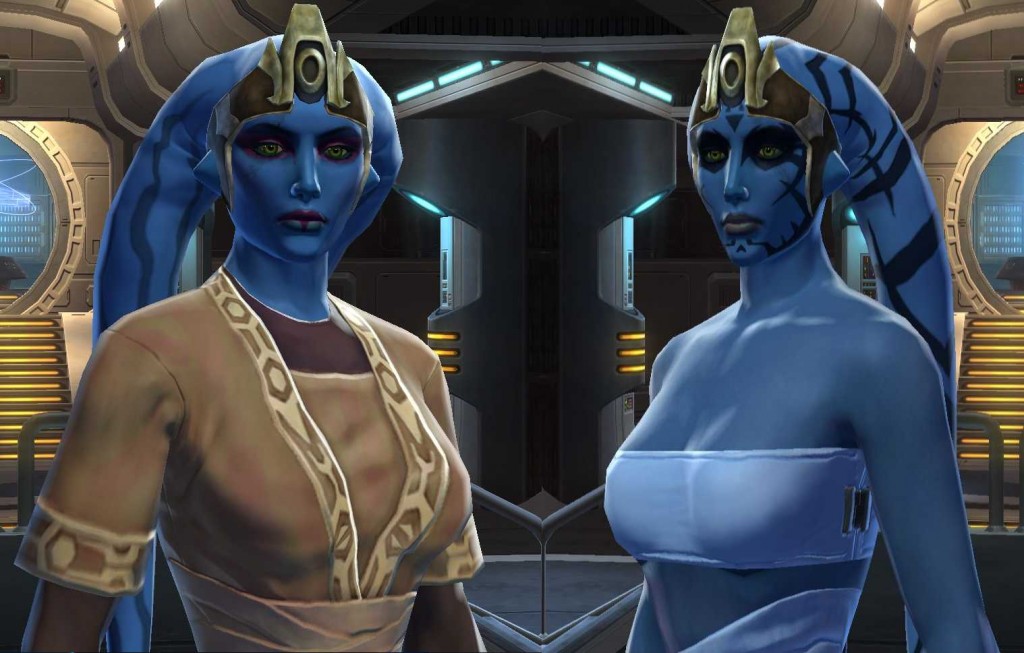 Shayralan came from a troubled past.  She had been orphaned on Telos when Mandelorians had shot down her Mother’s diplomatic shuttle.  A few years latter, she snuck aboard a shuttle leaving the near ruined city she had called home.  She joined the republic and began training as a trooper.  During that time, she kept to herself.  Her hair in her face disguising the cybernetic implants that had saved her life from a rare and deadly neurological illness she had contracted as a child.

Through her training, her commanding officers saw the great potential she had hidden within her.  They quickly put her on the path to command giving her special commando training and difficult assignments to test her skills.  Shayralan worked hard at everything while she was nearly oblivious to this extra attention.

The journey that began her biggest transformation began while she was stationed on Ord Mentell.  Still keeping a low profile, her skills gained from growing up on the streets on war torn Telos served her well.  The shabby appearance had her abilities over looked as the former Havoc Squad betrayed the republic.

Shayralan’s actions in stopping the traitors gave her the promotion to lead the newly formed Havoc Squad.  Continuing to mature she found herself being promoted regularly.  With the newfound confidence of captain, she changed her appearance to be respected by those both above and below her command.  No longer did she hide the fact that she was a Cyborg for fear of being judged by her implants. 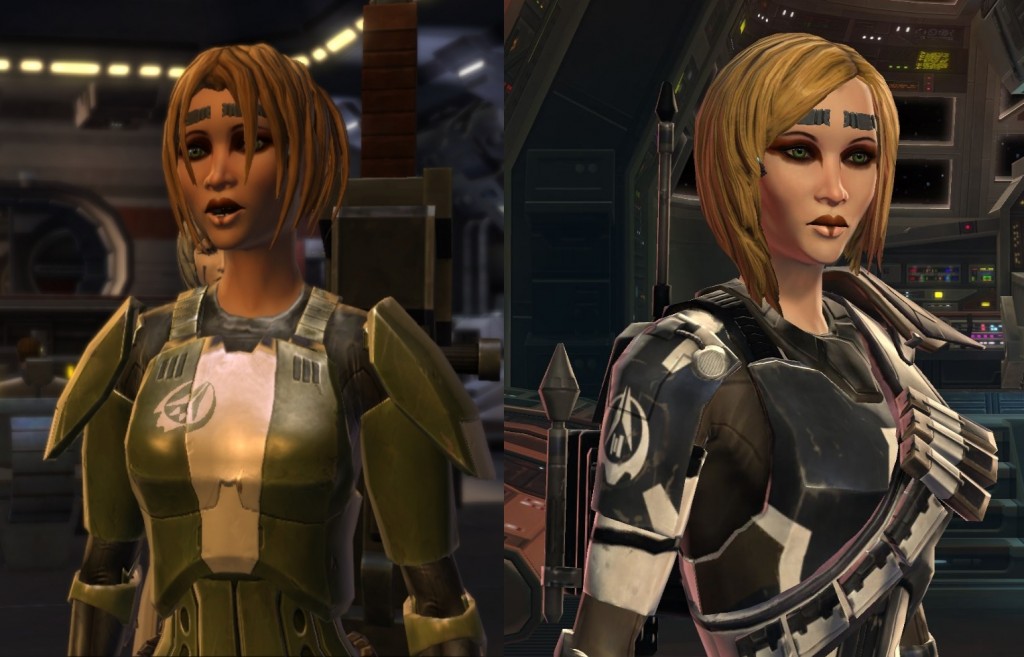 Last but not least, since its difficult to see the whole image in this post’s featured image box up top, here is the full view of the combined before and after image of Avyndha. 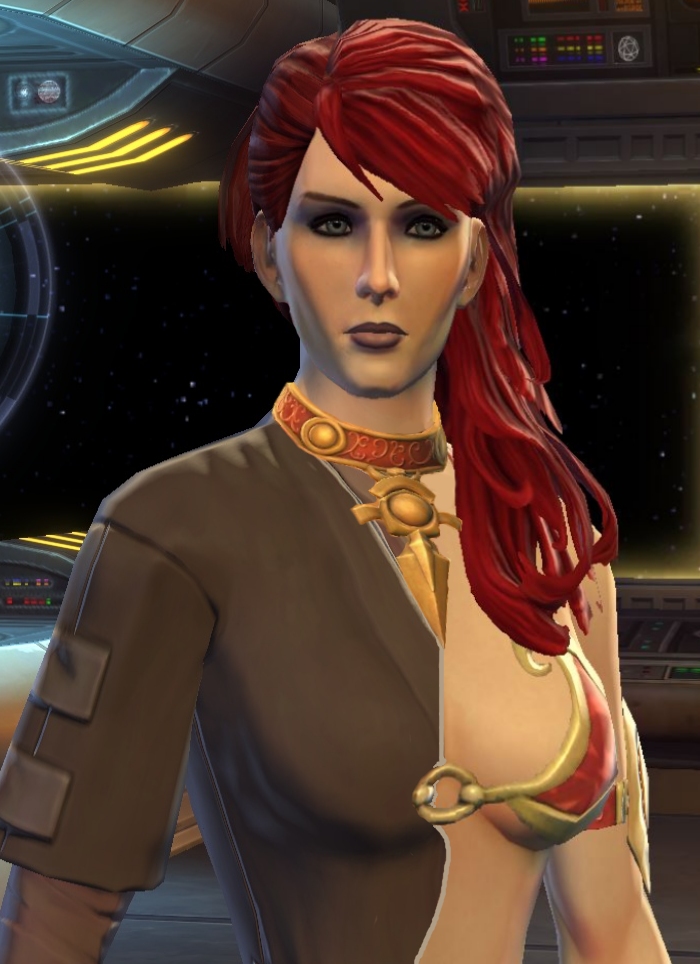