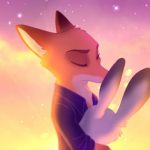 A/N
This oneshot was inspired by TheWinterBunny’s piece, “Sunset at the Meadow…”
I encourage you to go and visit her DeviantArt page (thewinterbunny.deviantart.com) and see this piece and all of the other fantastic work she has done!

Disclaimer: I don’t own Zootopia. If I did, there would be no question as to Nick and Judy’s relationship status. I also make no claim to the artwork that inspired this fic, which belongs to TheWinterBunny and Stubat007. I wrote this fic for them. I have, however, graciously been given permission by both TheWinterBunny and Stubat007 to use the artwork that inspired this for the cover. 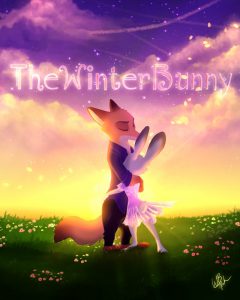 In a meadow on the outskirts of Bunnyburrow, two figures stood alone, gazing out at the sunset that was painting the area in all manner of vibrant hues.

“It’s beautiful, isn’t it?” Judy asked, gazing out at the sunset before her, her fox standing at her side.

“It is.”  Nick wasn’t watching the sunset though, his gaze fixed firmly on the small gray bunny.

Taking some time off from the ZPD and coming to Bunnyburrow to visit her parents had been a good idea, she thought.  It had been two years to the day since the madness of the Nighthowler Incident and the arrest of Bellwether.  Nick had spent six months of that away at the Academy, before joining her on the force.  They’d exchanged phone calls as much as Nick was allowed during that time, but when he’d graduated, they’d been virtually inseparable, spending almost every waking hour together in some fashion, whether it be chasing criminals, maiding meters (on days that Nick mouthed off at the chief too much), having dinner together, or lounging around on Judy’s bed (and later, Nick’s couch) watching movies.  Or pretty much anything else.

Their fellow Precinct 1 co-workers used to joke that they hadn’t received their wedding invitations yet, to which both mammals would vehemently explain that they were “just friends”.  The skeptical looks afterward just added to the pairs annoyance.

It wasn’t until the shootout with the 8th Street Howlers last year, where Nick had gotten hit, that their feelings for each other came out.  In her panic, Judy had blurted out that she loved him, so he wasn’t allowed to leave her behind.  The sudden revelation had shocked the tod, who had been harbouring a deep love for her.  They’d started dating almost literally the moment he’d gotten out of the hospital.  Of course, that didn’t fly with their co-workers, who said they’d been dating since Nick’s graduation.  Clawhauser on the other hand wouldn’t shut up when he found out.  Neither did Fangmeyer, who won the betting pool.

Eight months ago, on Nick’s last week of medical leave, they’d first visited Bunnyburrow, and Judy had introduced her boyfriend to her family, with surprisingly positive results.  Judy had been sure that her older brother Christopher, well-known for his speciesist views, would mouth off at Nick.  And it was here in this meadow that the two had shared their first kiss.

Fast forward to today, and the two were back in Bunnyburrow on their paid vacation.  They’d moved in with each other about four months ago, turning “every waking hour together” to “every hour together”.  Sure, they had the occasional disagreement or argument, but on the whole, they were closer than ever before.

Judy turned and looked up at her fox, catching his gaze.  A genuine smile instead of his signature smirk.  The look of adoration in his eyes.  Was that a hint of nervousness as well?  She couldn’t help the overwhelming feeling of love for her fox, and she reached out to pull him in to a hug.  No words were said, just two mammals holding each other as the sun sank lower and behind the hills of her childhood home.

“Judy, I want you to close your eyes for a moment,” the copper-furred fox whispered into her long ear, giving a small loving nip at the same time, causing her to shudder, though she did as she was asked.

She felt Nick pull away, and whined at the loss of contact.  A faint rustling of grass as Nick moved around.  She felt him take both of her paws in one of his own.  After a moment, he allowed her to open her eyes.

Nick was on his knees in the grass before her (which of course brought him down to eye level).  He was holding her paws in one of his own, while his other paw was behind his back.  She gave him a questioning look, only to notice the nervousness in his eyes had multiplied.

“Judy, I know we met under less than ideal circumstances.  I know I was a jerk.  But Judy, when you roped me into helping you with the missing otter case, it was a blessing in disguise.  And even though we spent time apart, you still came back to ask for forgiveness.  And you still believed in me.  You saw the mammal in me that I thought dead for 23 years.  When times were tough, you cheered me on.  When I was in the hospital, you hustled the staff into letting you stay overnight in the same room.  You encouraged me all through my rehabilitation.  And your belief in me has made me believe in myself again.”

Tears were pricking Judy’s eyes, threatening to cloud her vision.  No, no!  I want to see this!

“Judy, without you, I’m not half the fox I am now.  You are the most important thing in the world to me, and though I can’t offer you much, I want to give you everything of me.”

The fox slowly drew his paw out from behind his back, revealing a small box, containing a ring.  An amethyst and an emerald sat on either side of a flawless diamond, set in gold. On the band itself, the words “for my soul mate”.  Judy stood there staring, as still as a statue.

“Judith Laverne Hopps, would you make me the happiest fox in history?  Will you marry me?”

The dam burst.  Tears sprung forth, and the little bunny made no effort to stop them.  Water streaming down her face, she launched herself at Nick, tackling him, almost causing him to drop the ring, and proceeded to kiss him, violently, the rabbit forcing every bit of the resounding “YES!” that was screaming in her head into that kiss.  After several moments, and several breaks for air, a very thoroughly kissed fox looked at the rabbit on top of him.

“I take it that’s a yes?” Nick smirked, causing Judy to laugh through her tears.

“Yes!  A thousand times, yes!” she sniffled, rubbing her eyes.  Nick reached up with his free paw to rub her tears away.

“Oh, you bunnies.  You’re so emotional.”  Judy laughed again and swatted Nick’s chest at that remark, eliciting a chuckle from the red furred canine.

Nick brought the ring back up, taking it out of the box before setting the box down in the grass.  Taking Judy’s paw, he slipped the ring on her finger.  It fit perfectly.

Judy lay down on the fox’s chest, snuggling into him and relishing in his scent.  She stared in wonder at the ring on her finger, pure happiness radiating from her very being.

The last sliver of sun slowly disappeared, and the stars awoke from their daytime slumber, the moon taking over in the sun’s stead.  Still, fox and bunny lay in that meadow, counting stars, telling the stories of constellations and just enjoying being in the presense of the other until both eventually succumbed to slumber.

In the bushes not too far away, Katrina Hopps smiled as she pocketed her phone.  She couldn’t wait to show the video to her mom and dad. 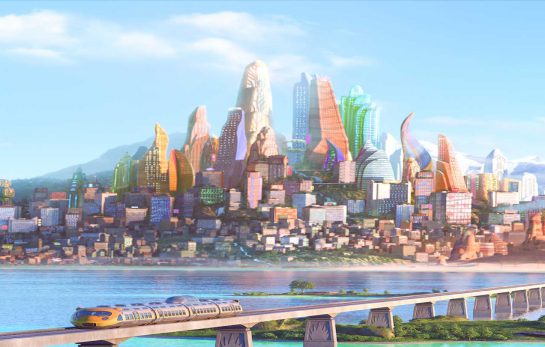 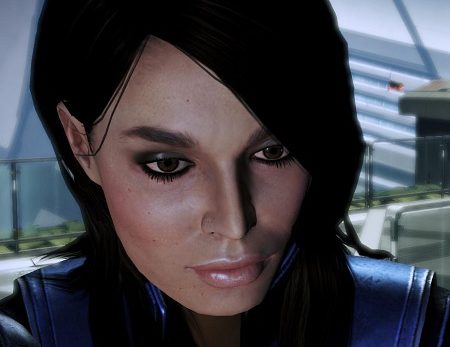 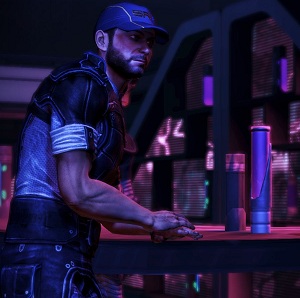 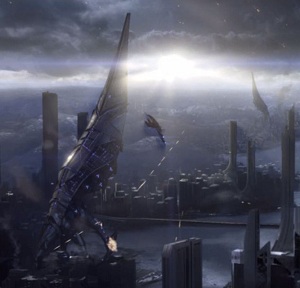 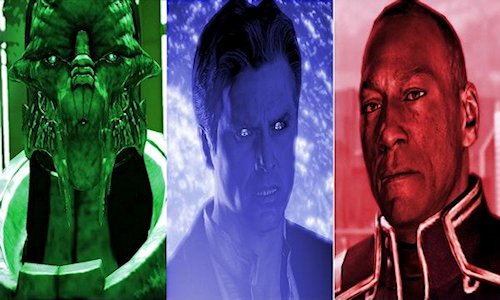