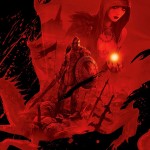 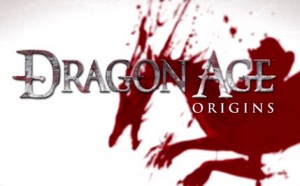 This RPG is one of BioWare’s finest achievements.  Origins is chocked full of user choices beginning with the creation of your character: an elf, a human or a dwarf.  You play as a Grey Warden, but your individual character can have one of six back-stories each with their own introduction.  Play as one of three classes: warrior, rogue or mage; each customizable to your own style.

The story takes the player through the forests and castles of Fereldan, a land much like medieval England.  The Warden must fight their way through hordes of Darkspawn, demons from the Fade and deal with political upheaval.  Through the travels and battles, the Warden gathers a diverse and surprising party of companions.  Friends are made through quests and relationships that can be both positive and negatively affected by your responses.  The Warden must unite Fereldan for the ultimate battle with the Archdemon, the master of the Darkspawn.

Game play is third-person with a rotatable camera centered on the active character, which can be the Warden or one of three party members.  The game allows the player to zoom out to see the entire battlefield.  While the game is paused, the player can give orders to the characters affording the time necessary to plan a strategy customized to each fight.

Many of the voices for characters will be recognized from other games and TV shows, such as Claudia Black, Tim Russ, Kate Mulgrew, Steve Valentine, and Mark Rolston.  Conversations change depending on game play but are vital to the story.  The characters are well rounded and flushed out to make them believable and relatable.

The Stone Prisoner: adds a stone Golem to the party with a unique story and side quest.

Warden’s Keep: Quest through the fortress of Soldier’s Peak and learn the history of the Grey Wardens.

Blood Dragon Armor: Adds massive armor in game and a code to have similar armor in Mass Effect 2 and Dragon Age 2

Return to Ostagar: The player returns to the battlefield of Ostagar to learn some insight into the political intrigue.  There is unique armor and weapons available.

The Darkspawn Chronicles: Want a change of pace?  Play as a Darkspawn.  Lead them in battle and against the Ferelden’s.

Leliana’s Song: A stand-alone story that features the bard companion Leliana, telling her story that lead her to aid the Warden.

The Golems of Amgarrak: The Warden leads and expedition into the Deep Roads to learn the secrets behind the Golems and Dwarves.

Witch Hunt: The final DLC allows the Warden to have closure in regards to Morigan’s story.