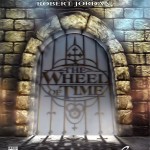 In addition to our main Wheel of Time game portfolio, I found that the manual (pages 4-5) contains a few more details that folks might find useful:

‘The Wheel of Time turns and Ages come and go.  What was, what will be, and what is, may yet fall under the Shadow.’

In THE EYE OF THE WORLD, Robert Jordan began an epic tale that introduced fantasy readers to the immortal, cyclical struggle between the Dragon and the Dark One.  Now, the battle leaves the pages of the bestselling books and a new chapter is added to the saga.

Long ago, in the Age of Legends, mankind unwittingly released the Dark One into the world.  Powerful magic eventually locked him away again, but the ‘seals’ to his prison were lost in the chaos that followed.  Thousands of years later, four opposing foces seek to recover these seals each with their own agenda.

In the single-player game, you take the role of Elayna Sedai, Keeper of the Chronicles of the White Tower, as she scrambles through a story of intrigue and deception in a last ditch attempt to retrieve one of the seals stolen from the stronghold of the Aes Sedai sisterhood.

When the game opens, the Aes Sedai have two of the seals to The Dark One’s ethereal jail.  But there is trouble brewing in the White Tower.  Seven sects of the Aes Sedai live in the spiral haven (Elayna is a member of the Brown Ajah, the sect dedicated to the collection of knowledge).  But there are rumors of an eighth, secret sect, whose members have dedicated their souls to the Dark One.

Known as the Black Ajah, these sisters have quietly gathered their power and waited for the right moment to strike.  Now, they have betrayed the White Tower to an army of invaders who capture one of the seals.  When the Amyrlin Seat – the leader of the Aes Sedai – discovers this treachery, she ceds the leadership of the sisterhood to Elayna, the only one who has the power to recover the stolen seal.

In the multiplayer scenarios, you’ll assume the personality of one of four characters (Elayna, The Leader of the Children of Light, The Hound, or The Forsaken) as they battle for ultimate power.  Each of these characters has their own motive for wanting the remaining seals, and not all of them are good.  It’s up to you to choose the light or the dark path to achieve your goal – no matter the cost!”